If you are looking to live near the Base, you will want to read this news article pertaining to some of the largest tracks of land looking to be rezoned in the flight path. 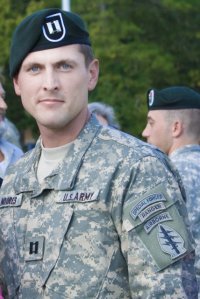 INTERBAY — The neighborhood surrounding MacDill Air Force Base might be described a number of ways.

People who live there call it home.

Others call it a buffer for military operations.

And those who own property in the area, including two with parcels of 25 and 26 acres, say it’s an area in transition.

The two landowners have asked the city of Tampa to rezone their properties from light industrial to mixed use, which would pave the way for more homes to be built.

But officials at the base and at the Florida Department of Community Affairs, the state’s land planning agency, want to limit density and have filed an objection. They say more neighbors limit the hours of operation for military airports and increase the potential for accidents.

They also expect more complaints if more residents come. Air traffic noise is easier to tolerate during day hours in an office or warehouse than at night, while sleeping.

Now, the case is headed in May to the Florida Division of Administrative Hearings for a ruling.

Military bases across the nation are grappling with land-use conflicts in surrounding areas as more houses are built and people move closer.

Florida enacted a law in 2005 intended to keep land development and base plans in harmony.

The law says land use around bases must be “compatible with base operations.” It lets base commanders voice their opinion about safety and noise standards when potential zoning changes come up near their bases.

James Miller, spokesman for the Department of Community Affairs, says the city’s plan violates that law and increases the people who would live in a potentially dangerous area, which the military calls an “accident potential zone.” The zone includes about 866 acres extending from the base runway almost to the east end of Gandy Boulevard.

Also, people living directly outside the zone may be inconvenienced by aircraft noise.

Miller wants the city to notify current, as well as future, residents within a mile or so of the base that military aircraft will fly overhead.

Stephen Diaco owns property a half mile north of the base along Hillsborough Bay.

In a letter last year, he asked a MacDill official to consider building an east-west runway “to protect residential areas from an accident and mitigate the noise issues.”

In response, Col. Timothy Smith reminded him that the base was there first, having been dedicated in 1941. “We … pride ourselves on being a good neighbor,” Smith wrote. “I am not aware of any Department of Defense initiatives to add an additional east-west runway.”

“They’re the two biggest vacant tracts of land down there,” said their attorney, Mark Bentley. His clients’ zoning requests should be granted because most land in the area has already been rezoned to mixed use, he said.

If the zoning is changed, owners plan to sell, although Bentley said he couldn’t speculate on who the buyers might be. One property south of Interbay Boulevard is home to an old processing company.

City attorney Chip Fletcher said the request to rezone is consistent with the land use map for the area. Tampa’s planning commission recommended that the City Council approve the request with conditions, leading to its vote last fall.

Because of the flight path, building heights would be limited and housing would be restricted from wetlands. However, buildings could be created directly under flight paths on both parcels.

With these exceptions, Fletcher said the zoning change complies with the law and is compatible with the trend in the area near the base.

“We can’t figure out what their issues are,” he said of base officials and the state’s community affairs department.

Miller, on the other hand, said he’s surprised by the city’s request. “What will be accomplished by adding people?”

Which neighborhoods are best for you?