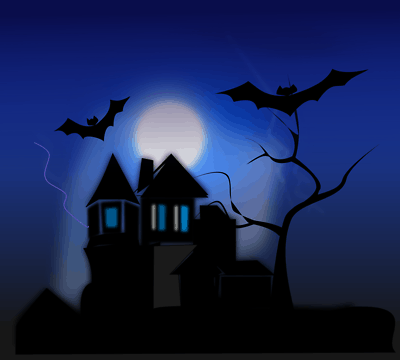 Is there such a thing as a haunted house and if a house can be haunted, does it affect the home’s value?

This was a question Realtor.com decided to ask.  In early October, the website conducted a Haunted Real Estate survey.  Respondents were asked five questions.  Here are the results:

A little more than a third of people said they would not consider buying a haunted house, a third said they might and 32 percent said absolutely.  Real estate agents recommend disclosing paranormal activity on your home when you’re selling even if disclosing this information isn’t required by law.

Although the majority of respondents said a haunted home would have to be discounted for them to consider purchasing it, 17 percent were willing to pay market value or higher.

When asked what type of activity would keep them from buying a home, 62 percent said cold or warm spots while 48 percent said strange noises.  Surprisingly, ghost sites ranks sixth on the list of nine criteria.

Finally, when asked whether they would seek help for paranormal activity, 62 percent of respondents said only if the activity was bothersome, 11 percent said yes and 27 percent said no.

Not long ago, I was walking with a friend of mine on Bayshore Blvd here in Tampa and she told me the story of her mother’s home in Montville, NJ which was sold in the late 1980s.  I started getting chills as she was explaining to me what she recalled growing up as a child.

The house was built in 1877 around a large boulder.  From the moment the house was purchased strange things began to happen.  The homeowner’s dogs would become startled for no reason and appear to be following something around the room.  The brand new furnace kept breaking and needed repair.  The light in the basement swayed on its own.  People who entered the home would leave frightened.

Eventually, her mother put the home up for sale.  Always a skeptic, something persuaded her to visit a psychic.  The psychic told her to buy a cross necklace and not to remove it as long as she was in the house.

Two weeks later the house sold.  The home has been on the market multiple times since.

Do you live in a haunted house or know someone who does? Would you be scared to buy a home if you knew someone had died in it?