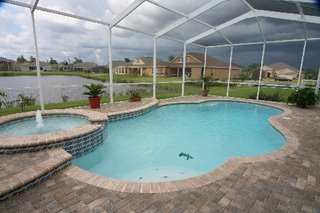 Sales of single-family existing homes dropped during the second quarter, according to the Florida Association of Realtors.

“Sales of existing single-family homes in Florida behaved like much of the U.S. in the 2006 second quarter, with the declining strength of the domestic economy continuing to act like a stiff wind in the face of the existing real estate market,” David Scott, executive director of the Dr. Phillips Institute for the Study of American Business Activity and professor of finance at the University of Central Florida, said in a release.

This environment is likely to endure across the remaining months of 2006 owing to several factors, Scott said, including the declining rate of growth in the real gross domestic product, a tepid increase in the number of jobs being created over the past three months, rising conventional mortgage rates and a rising inventory of homes for sale. He said the rising costs of gasoline and energy are starting to strain many household budgets while wages are just barely keeping up with the recent price inflation of about 3.6 percent a year.

The latest economic outlook from the National Association of Realtors notes that the housing market is in the process of stabilizing with little change in overall sales volume expected over the balance of the year. Analysts report that the level of activity remains high historically and 2006 is expected to be the third best year for existing home sales. According to Freddie Mac, the national commitment rate for a 30-year conventional fixed- rate mortgage averaged 6.6 percent in first quarter 2006; last year, it was 6.24 percent.

The Florida Association of Realtors provides programs, services, continuing education, research and legislative representation to its nearly 155,000 members in 68 boards/associations.