Living in Tampa’s Channel District just got a little cheaper 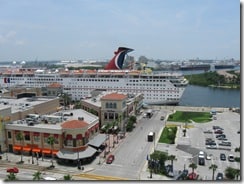 The Towers of Channelside is becoming more affordable, bad news for sellers.

Towers of Channelside, downtown’s most visible representation of a housing market that was, is now offering units at just 58 cents on the dollar, including what could be the first units to sell for less than $200,000 for one- and two-bedrooms, according to Realtor, Rae Anna Conforti of Prudential Tropical Realty, who writes the Tampa Bay Real Estate Insider blog. That’s representing $141 a square foot compared with the original $242 a square foot listing price.

Resales, however, have been an issue at Towers, Catanese said. These new prices could make a dent in resales, which are range between $136 and $385 per square foot. A short sale is listed at Towers at $194 a square foot.

To schedule a tour of condos for sale, pricing and financing options please contact Rae Anna Conforti 813 784 7744 or Email