If you are going to be in one of the lowest performing housing markets in the U.S., at least Tampa Bay is ranked at the bottom.  A Good sign that our Housing Market has bottomed out. 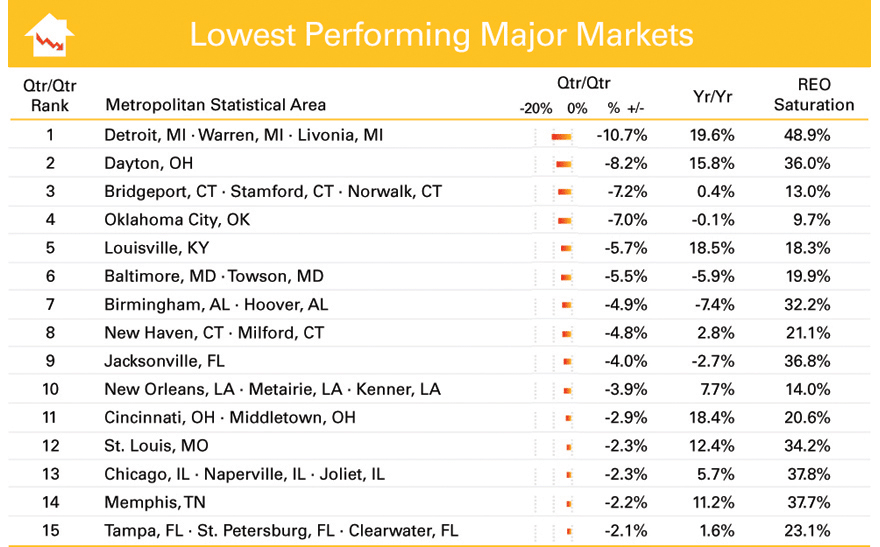 Clear Capital data is built on the most recent data available from recorder/assessor offices, and then further enhanced by adding the Company’s proprietary market data for the most comprehensive geographic coverage available.
Looking to buy or sell in Tampa Bay? Email us  or you may search all MLS Listings