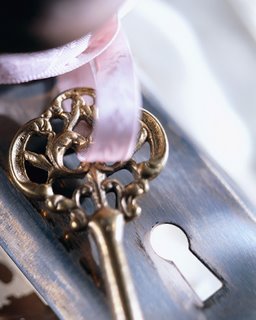 The increase in unsold listings was this cycle’s early warning indicator, the economist points out. And a decline will be the sign that the market is rebalancing itself. Real estate consultant, John Burns, says “The supply problem will be resolved when the market returns to 2.5 months of supply in the resale market, and only a few standing units of inventory in a typical new home subdivision,” he says. In a sales meeting yesterday, speaker Patrick Ferry told us that the Tampa Bay Area has a 8-10 month supply of homes on the market.

The correction “could take years” in outlying areas. In built-out markets such as San Diego, over-supply is “likely to correct earlier” than in sprawling markets like Phoenix. But economic growth will “play a huge role as well,” and help many markets recover sooner.

Home builders have already corrected for their share of the over-supply. During the boom years, builders overbuilt the market on a national basis by about 15 percent, he wrote. Last year’s construction pace was at about 2.3 million units, but the rate has already slowed to 1.8 million, which is less than the 1.9 million to 2.1 million units a year that are needed to satisfy the demographics of the housing market.

The housing economist told his clients to worry more about the location and price of the oversupply than the overall number itself. The Nation’s Capital is one example where location and price matter more. In the Washington metro area, a healthy ratio of 2.2 jobs were created for every new housing start. Unfortunately, most of the development is occurring outside the market’s main employment centers. And D.C. is not alone. In Phoenix, the largest number of resale houses on the market are on the outskirts of town, which is exactly where home builders are most active. And construction in Tampa, Orlando and Sacramento, to name just a few places, is most active far away from where the jobs are.

The investment leg of the stool is the wild card. Demand is strong, just not at current prices, he says. “Affordability is an issue in the major markets, but not everywhere.”

On the other hand, consumer confidence is strong. In fact, it hasn’t been an issue, at least not like it has been in previous down cycles, largely because most folks are secure in their jobs, the housing consultant says.

But speculators remain a bugaboo. At the height of the market, Burns says, “an unprecedented level of investors created 40 percent more sales activity” than should normally have been created. Now, we have to wait and see how they will react. Will they hold until the market turns more favorable, or will they panic and sell at any price just to be over and done with it?

As in politics, all housing markets are local. But if you are watching the national numbers, Burns concludes that 5.6 million total sales — both new and used — is indicative of a normal level of demand.

In June 2005, the annual rate reached 8.5 million. But it has already slowed to 7.3 million. Unfortunately, he believes the market will need to over-correct to below the 5.6 million benchmark because of affordability problems and the huge number of investors before it can right itself and begin heading north again.

If you are thinking of selling your home you can visit http://www.tampabaydwellings.com and receive a free home market analysis.